COVID UPDATE – with each state having different restrictions, we’ve compiled information in regards to returning your containers in the current environment:

Anyone visiting a return point must ensure they comply with the latest Public Health Orders.

More information on how Return and Earn is responding to COVID-19 including details of our COVID-safe measures is available here.

All Bag Drop in QLD is currently OPEN

Please note: We ask all of our customers to comply with the public health orders.

All Reverse Vending Machines in WA are currently OPEN

We ask all of our WA customers to comply with the public health orders, including social distancing.

All Reverse Vending Machines in NT are currently OPEN

We kindly ask that all customers comply with public health orders.

The Victorian Government recently called for ‘Expressions of Interest’ in the new Container Deposit Scheme (CDS) for the state.

After careful consideration over a number of years, Victoria chose a split responsibility model which avoids a conflict of interest for the beverage industry in the operation of the scheme.

The Victorian scheme will be one of the most advanced of its kind in the world. As well as built in charity involvement from the outset, the Victorian CDS will deliver more return points per capita, world class technology, and maximum customer convenience – all of which will lead to a higher return rates and improved environmental outcomes.

TOMRA and its joint venture partner Cleanaway hope to play a part in making the Victorian CDS an exceptional scheme. 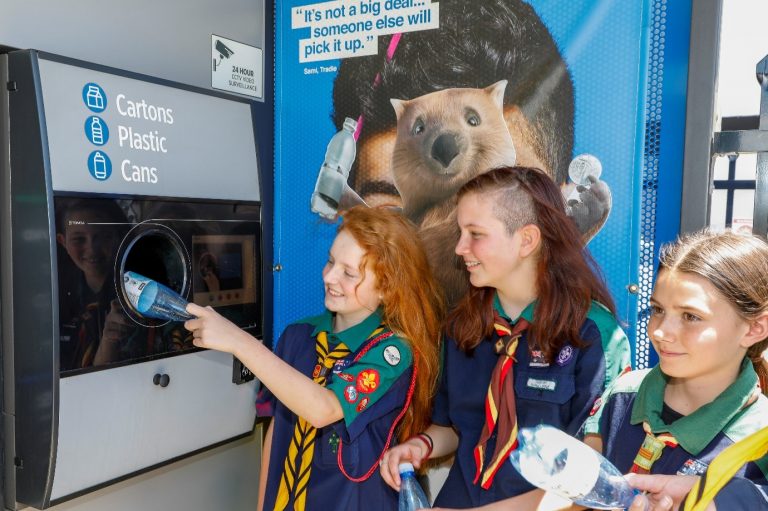 The Victorian Government has just announced what the new Container Deposit Scheme (CDS) will look like. The new CDS, set to commence in 2023, will help tackle litter, increase recycling and generate hundreds of new jobs to boost Victoria’s economic recovery.

Ryan Buzzell, President of TOMRA Collection Solutions Pacific, said: “The Andrews Government has stood its ground and backed the best model for the environment, the economy and the charity sector.”

“After thorough consultation and consideration, Minister D’Ambrosio has locked-in a CDS design that will lift recycling, cut litter and create hundreds of new jobs in the circular economy.”

“What’s more, the new Victorian CDS will provide unique opportunities for hundreds of charities, community groups and local sporting clubs to participate as both fundraisers and collection point operators .”

A key strength of the design Victoria has chosen is that it empowers and incentivises an independent network operator to achieve the highest return rates possible. This means maximum convenience for consumers, more material secured for reprocessing and less litter going to landfill or ending up in Victoria’s waterways.

A network operator charged with servicing every part of the state, will also mean the creation of hundreds of jobs all over Victoria.

“Minister D’Ambrosio has chosen a CDS design that prioritises what works best: convenience for consumers.”

“Virtually every high-performing system around the world partners with retail locations to ensure recycling becomes part of people’s everyday routine. Victoria is now poised to do the same.”

“Co-locating RVMs in shopping centres and supermarket carparks makes returning empty containers and collecting the refund as easy as possible for as many people as possible.”

TOMRA is the global leader in sensor-based sorting technology for recycling and is involved in over 40 CDS jurisdictions around the world. TOMRA’s Reverse Vending Machines (RVMs), co-located with retail, collect over 40 billion empty drink containers for recycling every year.

TOMRA welcomes today’s significant news and looks forward to engaging further with the Victorian Government as it works towards selecting a network operator best suited to delivering a world-class CDS for Victoria.

I was so pleased to announce the next step in Victoria’s cash for cans scheme at @FoodbankVic today. At 10c per container and a transparent, accountable model, it has something for everyone. Watch for more. pic.twitter.com/3NXF9OaqwM

Most beverage containers (larger than 150ml and smaller than 3L) that are made from aluminium, glass, plastic, steel and liquid paperboard are eligible for a 10c refund when returned to a TOMRA Reverse Vending Machine.

Do not crush your containers or remove the labels as our scanners will need to identify the shape, label and barcode to register your refund.

Every year our machines accept, recognise and collect over 40 billion empty drink containers worldwide and in return give a small reward for each one.